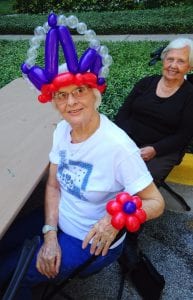 Watching a balloon artist work is simply captivating especially if you are young at heart. It is even more exciting to play with the final creations of a gifted balloon bender. This entertainment is fulfilling for everyone but is particularly exhilarating to those who are full of wonder and curiosity. If you happen to be a fun and curious type, you might have at one time wondered how it all begun. Well, let’s take a trip back in time to find out how.

It is, therefore, evident that balloon modeling has come a long way from a very dark past. We can, however, sit back and enjoy the wonderful creations we have today. Our skilled professional balloon artists do not use bowels anymore. They use safe, clean latex balloons that are super-cool and super-fun.