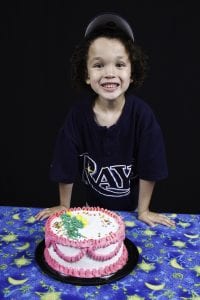 Birthday celebrations in the West are occasions to have fun and enjoy life. Some cultures, however, have a different opinion about how this special day should be celebrated. Some of these cultures have long-standing traditions surrounding birthday celebrations that some people may not see as being much fun.

The traditions listed here are not representative of what every household does. Some of these traditions have indeed become obsolete and/or impractical in the modern world of today.

Making City Hall Clean Again!
When the young men in Germany hit the age of 30 but are still single, there is a custom that requires them to go to city hall and sweep the steps clean. The catch, however, is that their friends will be all over the steps tossing rubble on them. Sometimes the young man is also asked to clean the town square, a bridge, church or even the courthouse. This tradition which is called Treppe fegen oder Klinken putzen is supposed to be carried out on every birthday after 30 until the young man finds an unmarried lady to kiss him.

Earlobe Pulling
Brazil sure is a fun and beautiful country. Brazilians do however have a not-so-fun birthday tradition. When it’s your birthday there as a child, your earlobe will be pulled for every year that you have been alive. If you are turning 12 for example, your earlobe is pulled 12 times! Birthday earlobe pulling is also practiced in Argentina, Italy, Hungary and some other countries. On top of that, the birthday child doesn’t get to eat the largest slice of the birthday cake; that is for a very special friend or relative.

Birthday Bumping and Dumping
In countries such as Scotland, Ireland, UK, India and Canada, friends and family torment the birthday boy or girl. A common means of doing this is by grabbing that person by the arms and legs, bumping them into the air and dumping them onto the floor. This is repeatedly done until the number of bumps given equals the person’s age. An extra bump is also given for good luck! For obvious reasons, birthday bumping is frowned upon by health and safety officials.