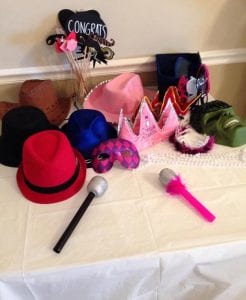 Photo booths are making a comeback in recent years. People have been hiring them to help record the memories of their special days since it was first shown at the Worlds Fair in Paris in 1889. In recent years and with the advances of digital technologies, their popularity has been increasing worldwide.

T.E. Enjalbert invented the first known photographic automated and mechanical device in March of 1889. People found it very exciting when it was exhibitioned at the Worlds Fair in Paris in 1889. Matthew Steffens, A German living in Chicago, filed a patent for a similar machine in May 1889. Neither of these machines were very dependable and required constant maintenance. On July 16 of 1890, however, the inventor Conrad Bernitt from Hamburg, Germany produced the infamous “Bosco.” These photo booths were by far the first widely accepted and commercially successful automated photograph-taking machine. These machines didn’t produce photos as we know them today, but daguerreotypes, the predecessor to the modern film method. A man named Carl Sasse came up with the first way to use the then new photographic process of creating negatives and positives and automating it accordingly.

A man named Anatol Josepho is credited with the first actual modern-style photo booth with a curtain. This started appearing in on Broadway in New York City in 1925, where you could get 8 photos taken, developed, and printed in 10 minutes for a quarter. The booth was so popular that the first half a year after it was built, it was used by 280,000 people. In 1927 Joseph sold the rights to his invention to the Photomation Company which rapidly started placing them all over the country.Modern Innovations

If you have a corporate event or trade show, a photo booth offers unique opportunities for attendee engagement as well as providing lead generation with branded content. Every time someone takes a photo at your booth, we can add a logo, website address, email, or even a QR code. As any who has worked with print marketing knows, the more personalized the item the greater the chance of conversion because people are able to connect with photos better since they’re in them, and associate that captured point in time with your brand, and how fun it was at the event, and how when they checked out the website on the photo it looked really useful and cool so they signed up for a newsletter. Ensure that every time your guests share their photos, they are keeping your brand and your logo in the forefront of their mind, and most importantly, associating it with having a grand time.

Photo booths are perfect for recording your special day. There are plenty of reasons to get a photo booth specifically for a wedding or very similar event. Let me explain:

There are three main types of photo booth available. The open photo booth is just the closed booth without the curtain, so there are many things you can do with this. You can put a couch in it or fit a larger number of people, for example. They are great for schools, for weddings, and any event where you want people to witness how much fun people are actually having their photos taken together. The closed photo booth is the type with the curtain that closes it off and gives some privacy to those inside. They are also popular at weddings because the curtain has an elegant feel which may go well with the decor. They’re good for school dances such as proms and homecomings, birthday parties, and people enjoy them at corporate events. The third type of photo booth is to use a green screen or chroma key backdrop. This is lots of fun for all kinds of parties, but we can photograph you and your friends doing your thing, and then swap out the background to anything! Paris, New York City and London are all popular destinations.

A Word From the Author

Now, I don’t often get personal in these blogs, but I had an idea I wanted to share with you readers. You could, as long as you had a suitable photo to swap out, start taking green screen photos and swapping out the backdrops with parties that are going on at the same time, somewhere else. Or maybe the event that club promoter sent you on facebook and you absolutely said you would be there, despite there being very little chance of that ever happening in this lifetime. Make your friends jealous. Make them confused. If you’re going to get dressed up to the nines and look good anyway, why not have some fun with it?